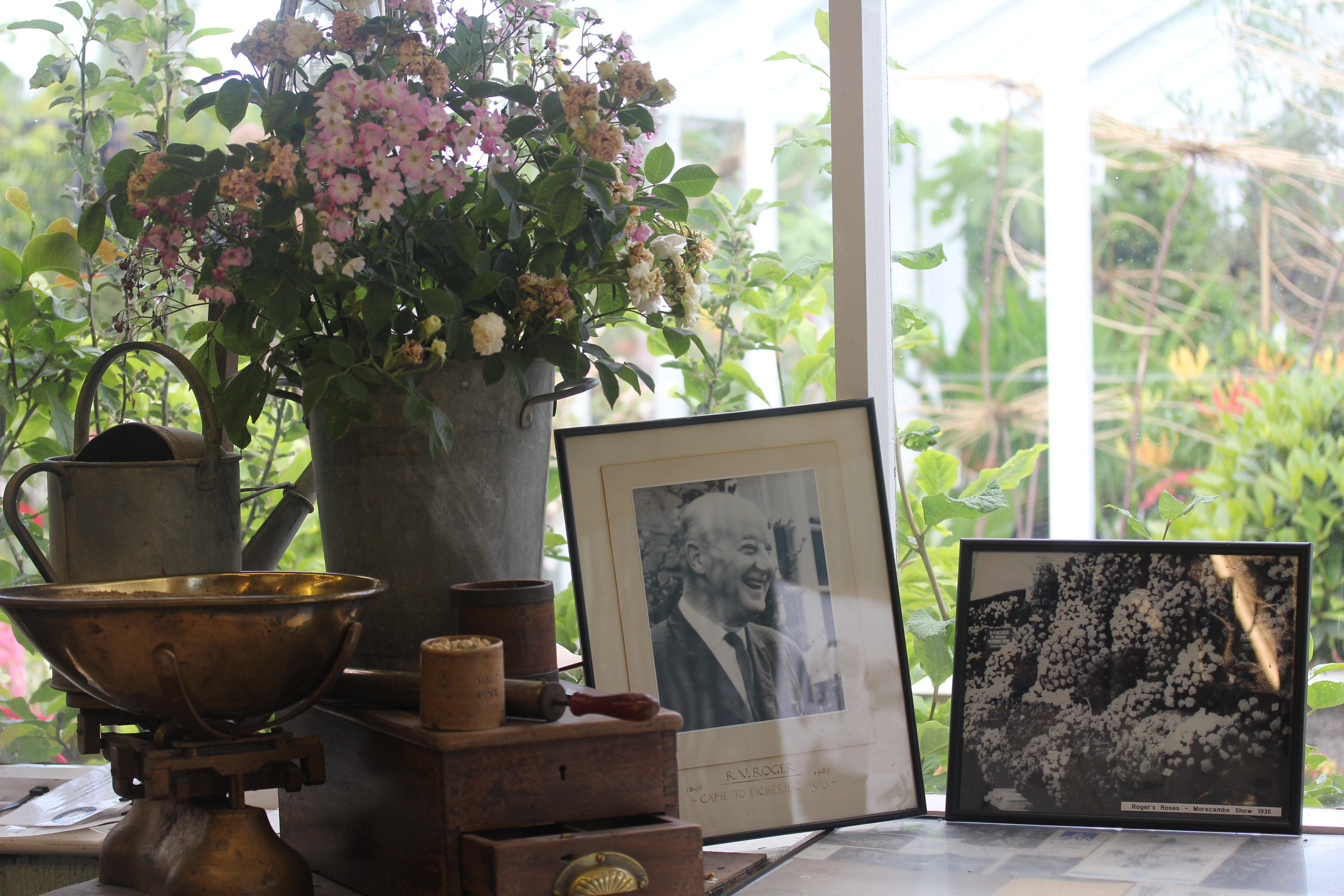 Royston Valentine Roger started the nursery on 1st August 1913, buying a shop and a half acre of land in Pickering, North Yorkshire for £200.00. The first crop grown was alpines as he could produce a saleable crop in only three months, so helping cashflow! From 1919 until 1929 the nursery slowly increased in size, and then in 1929 R V Roger rented a 400 acre farm, allowing commercial-scale production of shrubs, roses, fruit and ornamental trees. During the Second World War there was a huge demand for fruit trees, whilst the ornamental trees were used to screen aerodromes that were being built all over the country. The post-war years saw a big swing away from fruit tree production towards more ornamental plants, especially roses. By the early sixties production had increased to growing 240,000 rose bushes each year.

R. V. Roger Ltd continues to be a traditional family-run nursery, with the emphasis on plant quality and first-class customer service. Our range of field-grown fruit trees is one of the best in the country, including many traditional varieties which are becoming quite rare. As well as fruit, we grow a huge variety of roses, shrubs and ornamental trees. R. V. Roger also supply a huge range of bulbs, spread across 4 seasons, offering an unparalleled choice. All our staff are knowledgeable and only too happy to help with your queries.