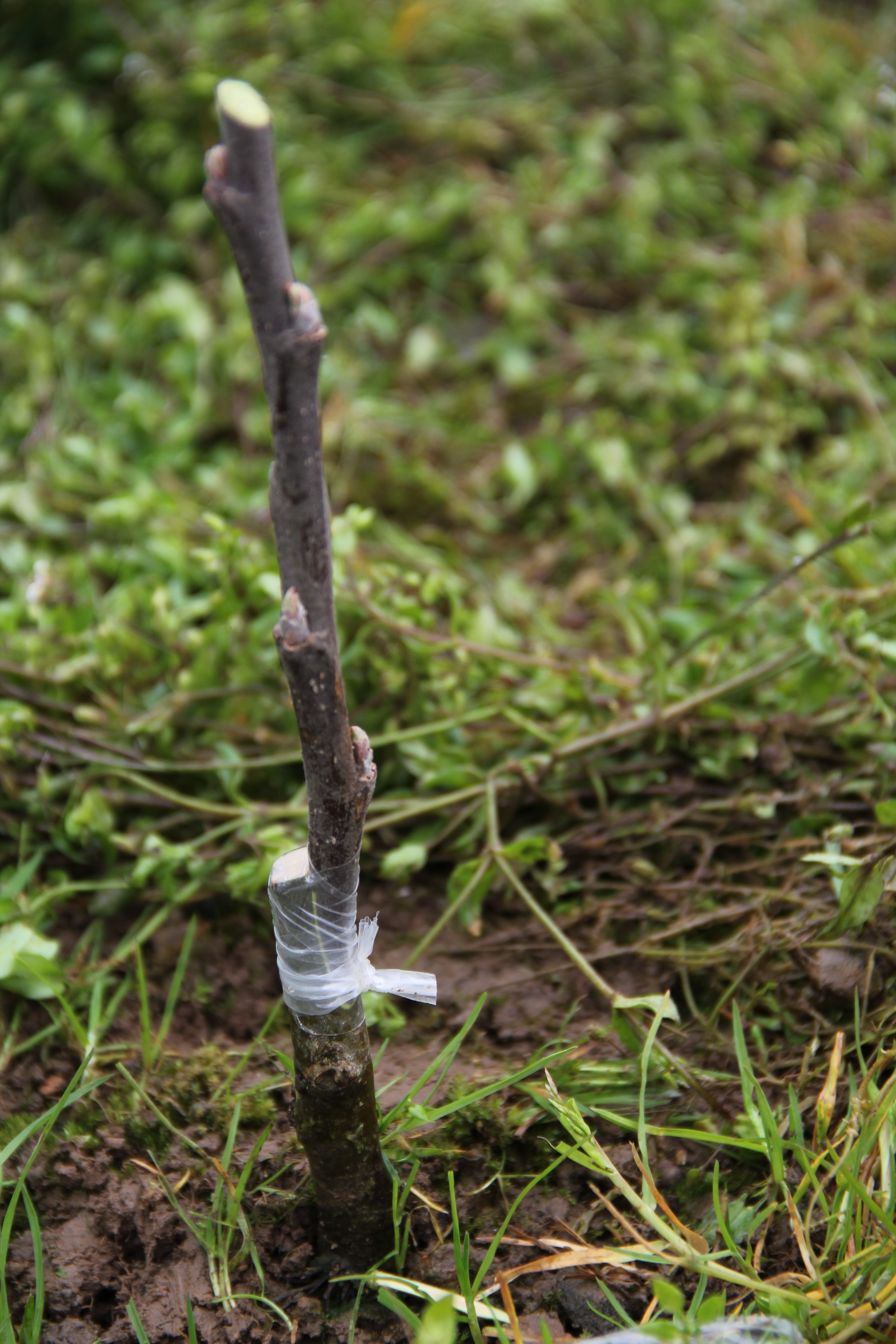 The choice of rootstock is probably the most important decision you have to make when buying any top fruit tree - arguably even more important than the choice of variety! Get it wrong and you could end up with an unproductive bonsai, or else an 8m tall monster that swamps everything else in the garden. Familiarise yourself with a few rootstock names, learn about their relative strengths and weaknesses and you’ll be able to pick the most suitable one for you.

Most top fruit such as apples, pears and plums do not come true from seed. They are also almost impossible to propagate from cuttings. The only way to get a new ‘Bramley’s Seedling’ is to bud or graft some of the original tree onto a rootstock. For hundreds of years the rootstock used would have been the wild version of the tree - so for apples it would have been a wild crab or Malus sylvestris. For plums it would have been the native cherry plum, Prunus cerasifera. However in the past 100 years there have been several important breeding programmes aimed purely at developing rootstocks more suitable for a wide range of soils and sites, and more importantly able to control the vigour of the tree.

Whereabouts you live in the country is crucial to the choice of rootstock. Most guides for heights of trees are based on growth in the south of the U.K. - certainly any numbers quoted by the RHS are normally centred around Wisley in Surrey. If you live north of a line from Blackpool in the west to Hull in the east, these numbers mean very little - growth will be about 30% less due to the colder winters and shorter growing seasons. If you live in the north of the U.K., dwarfing rootstocks should be approached with caution, as they will need to be in a very sheltered spot and a lot of nurturing in order to crop well.

One of the most common mistakes we see at the nursery is the belief that a dwarfing rootstock is needed for growing a tree in a pot or container. Growing in this way severely restricts the root development, and thus the vigour of the tree. There is a real danger that a tree on a dwarfing rootstock in a pot will end up as poor unproductive specimen - go one size up in terms of rootstock and let the pot (and your secateurs) keep growth under control and you’ll have a healthy tree that produces plenty of fruit. 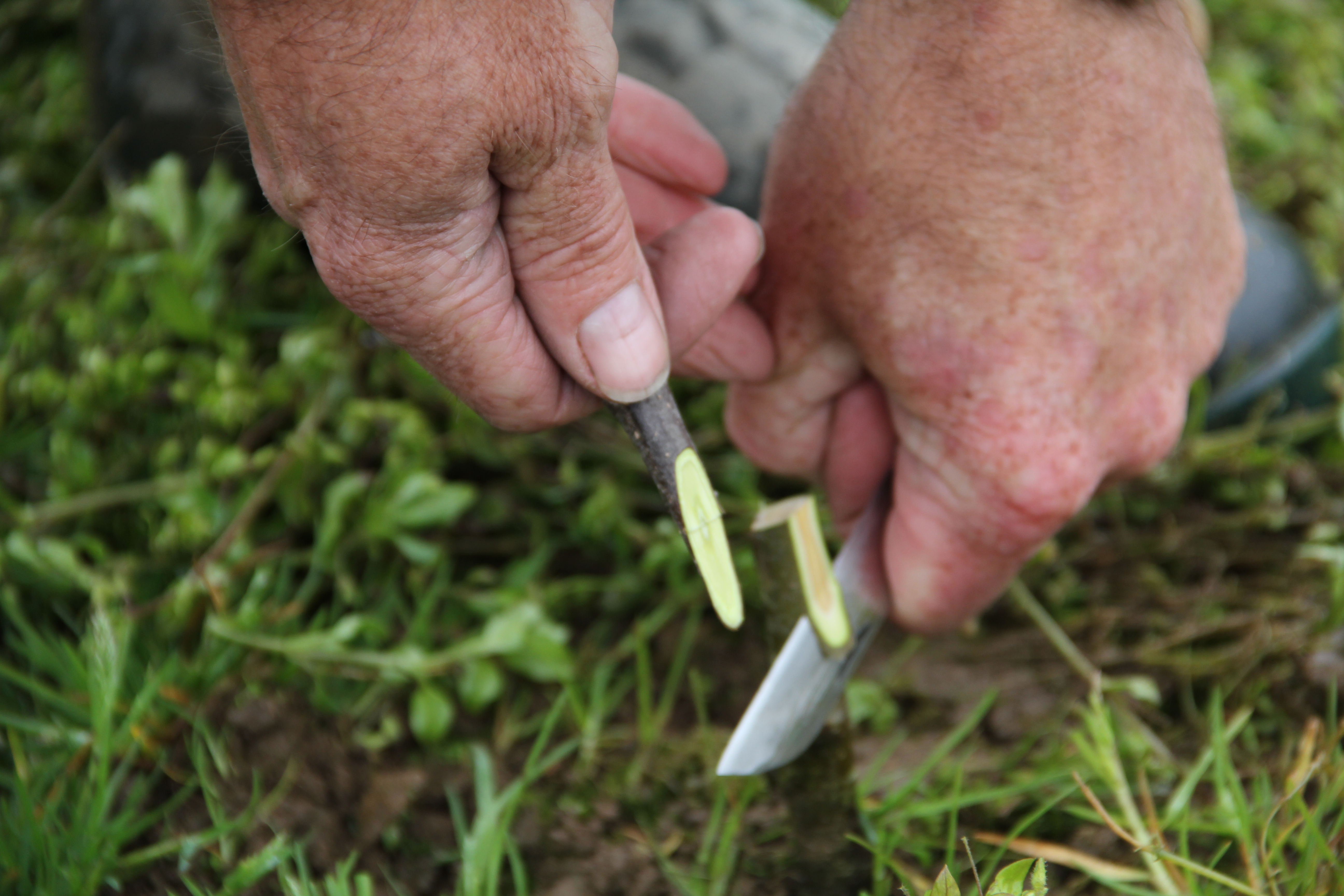 Rootstocks can generally be divided up into 3 groups - dwarfing, semi-dwarfing (or semi-vigorous, depending on how you look at it) and vigorous. Apples, pears, plums, cherries all have different rootstocks as the stock has to be compatible with the variety to be grafted, but a lot of them are equivalents.

Quince C for pears and quince

Pixy for plums, damsons and gages

Traditional orchard trees were big - up to 10 metres tall in some cases. However much of the recent work on developing stocks has been to control vigour and produce much smaller trees, more suitable for the modern garden. The advantages are obvious - smaller trees open up the prospect of growing your own fruit to a much wider audience, and also allow 2 or even 3 different varieties to be planted in the same space as just 1 traditional tree. Dwarf rootstocks also have the advantage of being more precocious in bearing fruit - a 3 year old apple tree on a dwarf stock will be starting to crop, whereas on a vigorous stock there would be at least another 2 or 3 year wait. However, there are several disadvantages - they are shallow rooting, which means that normally the tree has to be permanently staked and also that they are more susceptible to drought. Dwarfing stocks can be a superb way to get top fruit into a small space, but treat with care - they are far from perfect and are unsuitable for poor soils or cold exposed sites.

Quince A for pears and quince

St Julian A for plums, damsons and gages Colt for cherries

By far the best choice for most gardeners across the U.K. producing trees about 3-4m tall. Will live for approximately 60 years, produce good crops even as young trees, and are tolerant of cold sites and poor soils. Also the best choice for trained fruit.

They don’t take up too much space, are pretty quick to come into fruit, but are deeper rooted so better able to put up with drought, thin or chalky soils and cold gardens. Certainly for apples and pears, which are easy to keep small through regular pruning, this group of stocks should be your first choice - tough, reliable, hardy and highly productive.

Seedling Pear for pears and quince

Myrobalan B for plums etc

These tend to be the traditional rootstocks of old and produce large orchard trees up to 10m tall. Whilst for most people this size of tree is unfeasible, it does have certain advantages - such a large tree will produce huge crops, opening up the potential for juicing or cider-making any excess. This size of tree can also be undergrazed - use half standards for sheep and full standards for cattle - without the risk of the tree being damaged by stock. Trees on a vigorous stock can also be extremely long-lived, and even one tree on its own can be a superb garden focal point as well as being a haven for wildlife.